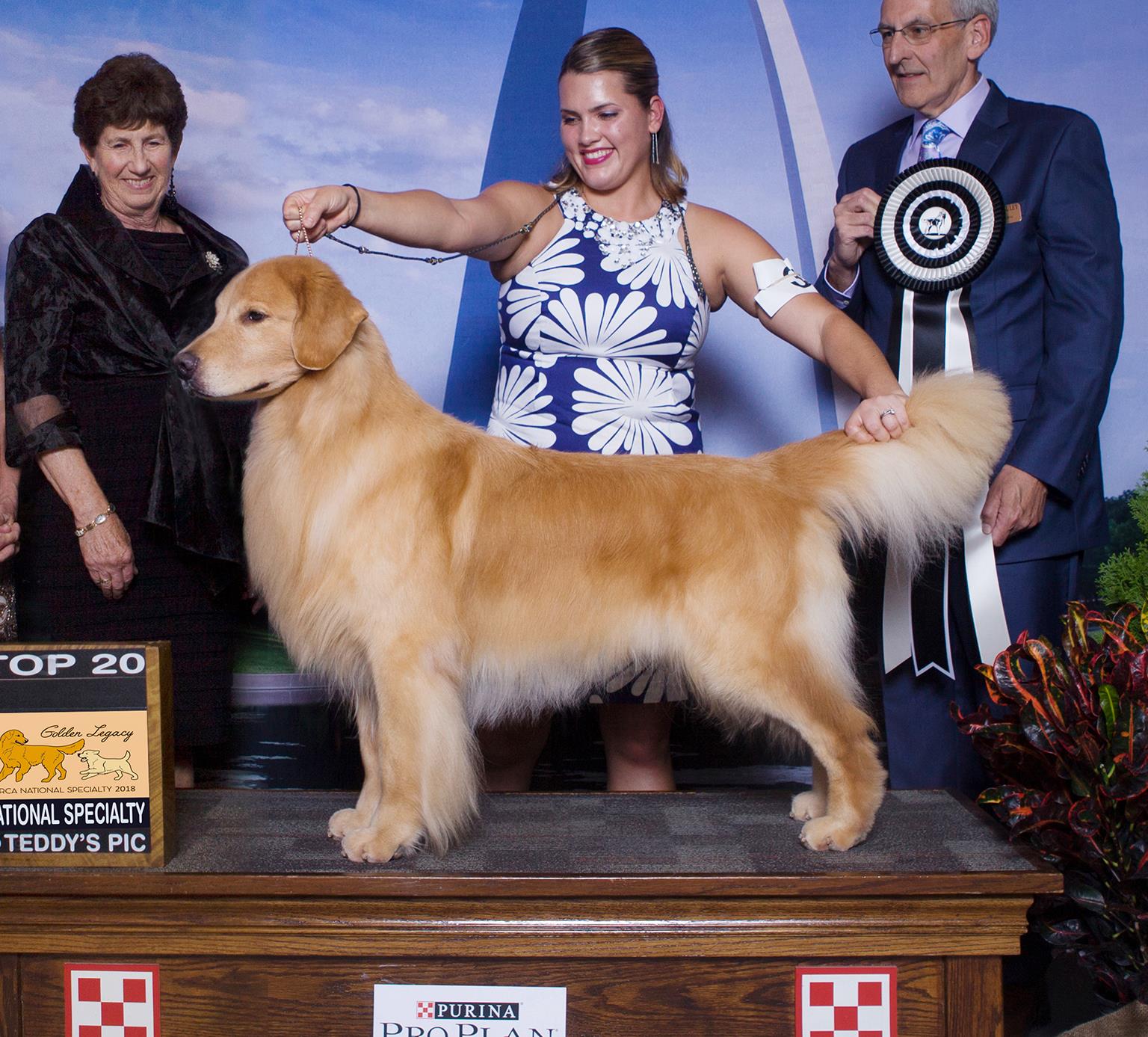 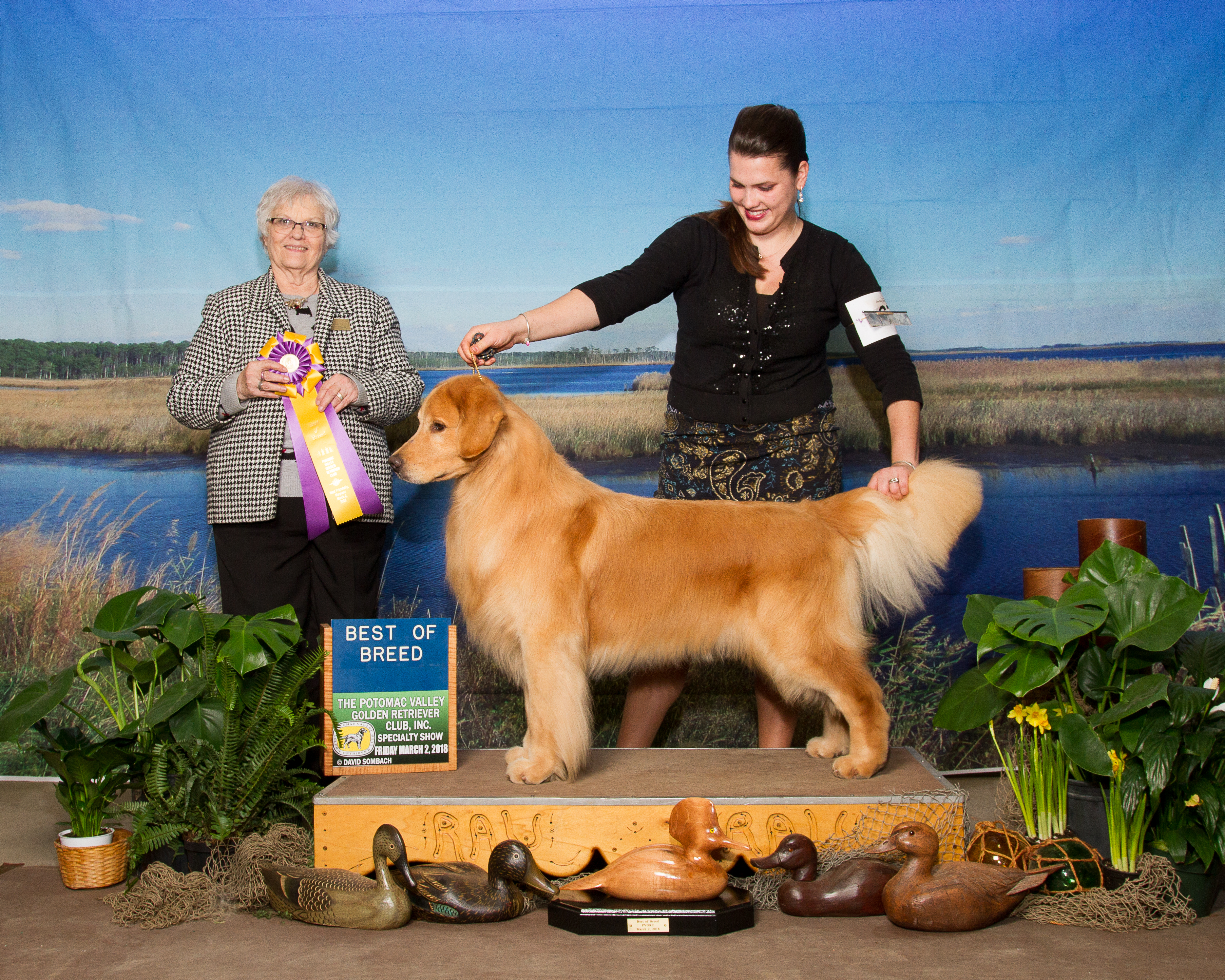 Hudson is such a fun dog!  He got his name after a case of mistaken identity.  After a long night of delivering puppies and eyes getting blurry…poor Hudson was recorded as a girl.  Ooops!!  It was a huge surprise to get a call when they were 4 days old from Kathy letting me know that the yellow collar girl that was so stunning was actually a boy!!
His first weekend out was the Northern Flyway Golden Retriever Club Specialty and he exceeded our expectations.  On Sunday he was RWD to the major and was also awarded Best Puppy in Specialty Show.  A few weeks later he was Best in Sweeps at the GCGRC specialy in Ohio and then won his first points in the fall of 2014.  In the first days of 2015 he was BOSSweeps at the GTCGRC supported entry and left that same night for field training in TX.
Hudson finished his SHR and JH within 4 months of starting training and I even got to run him for his final JH leg.  We have also spent time competing in NADD dock jumping, where he earned his DJ and only needs a couple jumps for his DS.  We finished his RN with a perfect score right before he left to live with Maddie and Adam Peterson to begin his 2018 campaign.
In 2018, Hudson and Maddie won many BOBs, group placements, won the Potomac Valley Golden Retriever Club Specialty, and finished his CAX.  We had a goal to get into the Top 20 and it was achieved!  Hudson earned an invitation to the inaugural GRCA Top 20 Invitational during the National Specialty at Purina Farms in Oct 2018.  He has now returned home to MN and we will be starting training for Nosework.
Hudson is a big guy with a big heart, fantastic topline, soft expression, balanced movement, clean coming and going, good pigment, and a stellar temperament.  I couldn’t ask or a better partner and he’s passing on these qualities to his offspring.  His daughter, Daphne, from the first litter has all her clearances, is pointed, and won a large AOH class at the 2018 National.  Hudson is at stud to approved bitches.