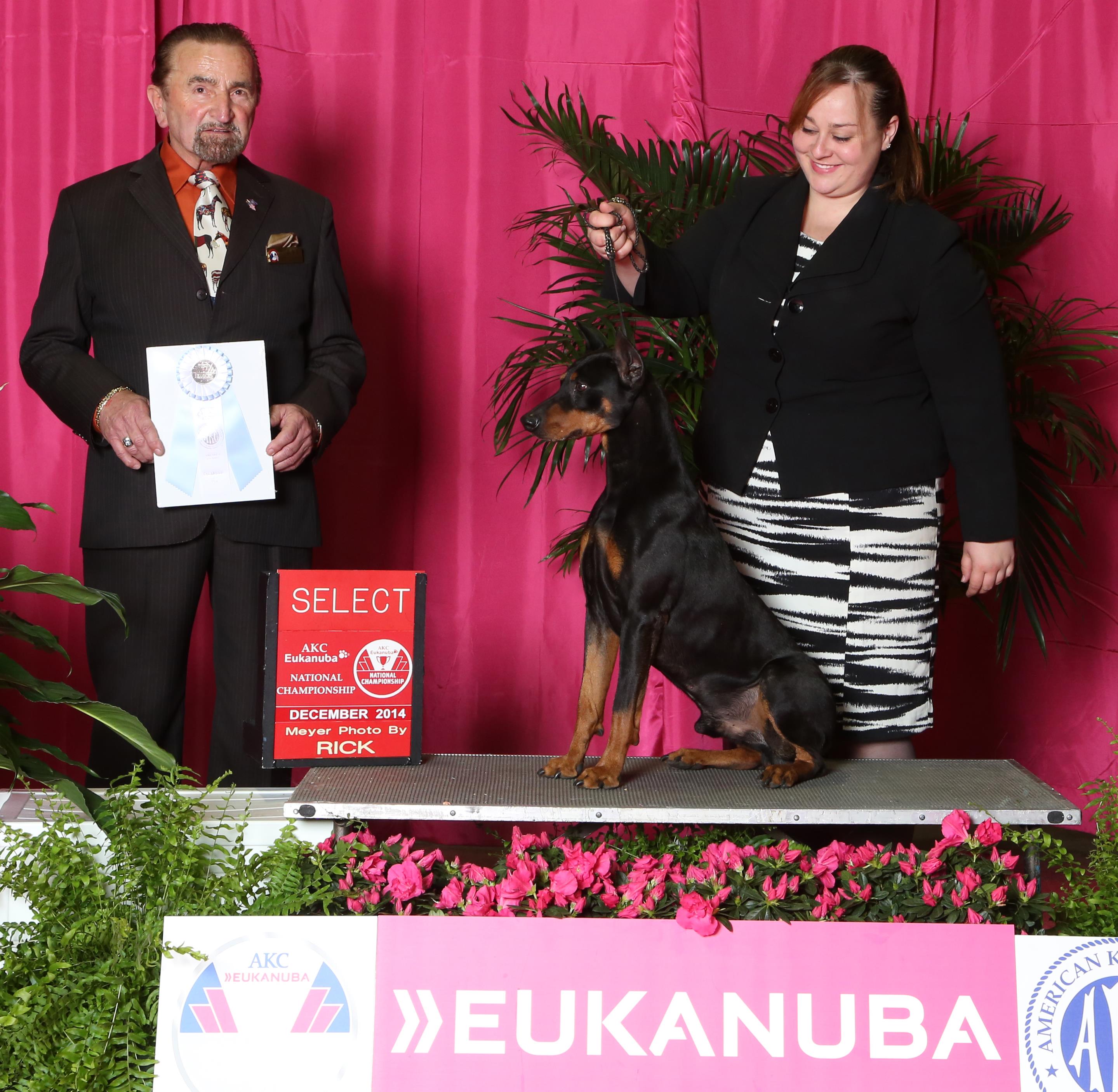 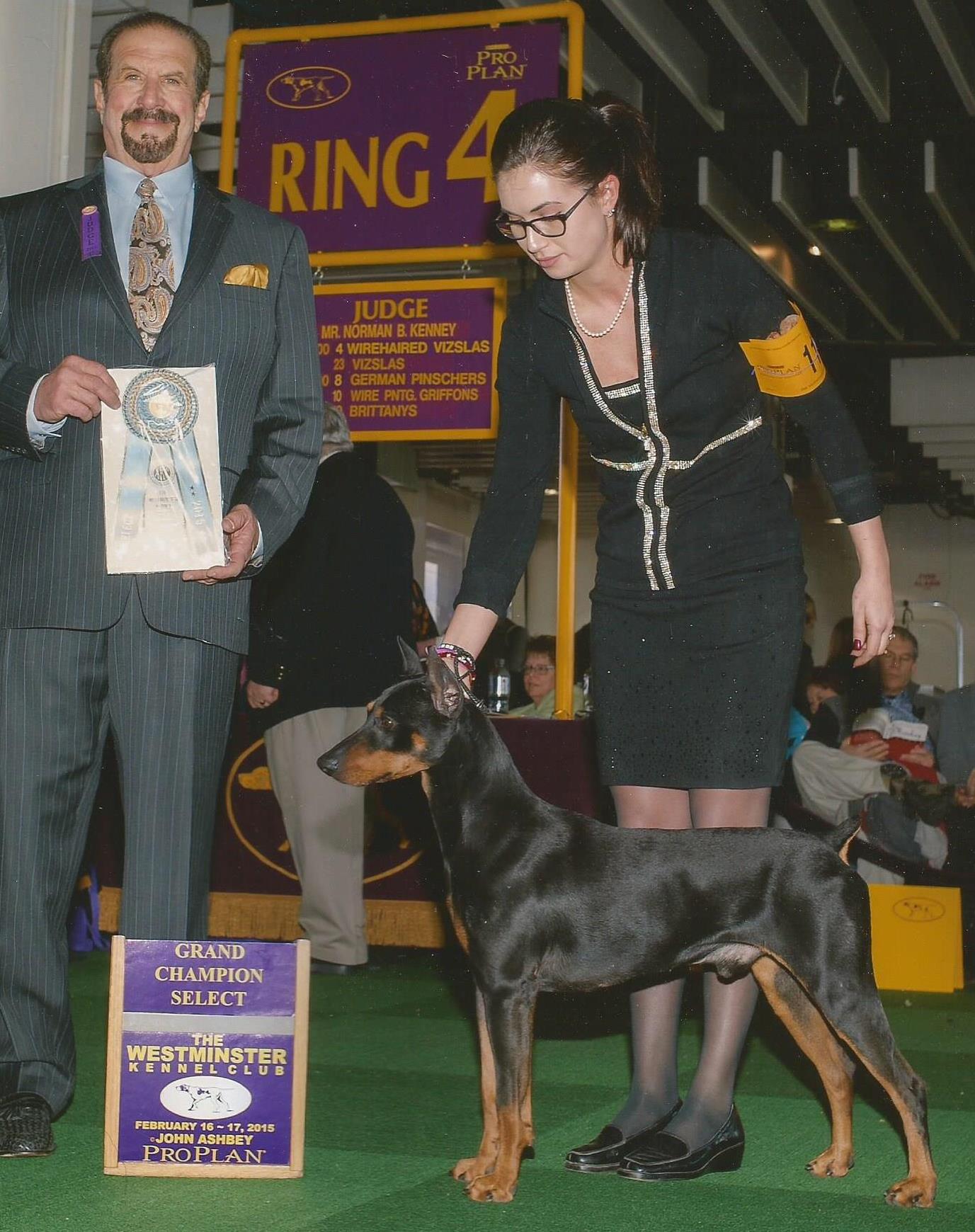 Obviously, Jagger is just a bit different from the rest of the crew.  I was captivated by the German Pinscher from the time I discovered their existance.  They are not very common and can be difficult to find…but totally worth it.  Jag is such an amazing boy in every way.  He loves baby puppies, is great with my nieces and is pretty much the personal trainer for the golden crew.  The list of accomplishments for this 48lb dynamo is a long one, but here are a few highlights:
Westminster Kennel Club 2015 Select Dog
AKC/Eukanuba National Dog Show 2014 Select Dog
Finished AKC championship at 18 months
2 Reserve Best In Show (UKC) at 7 months of age….then another at 2 yrs
Finished UKC championship that very first weekend
5 Best In Show (UKC)

He is now neutered and a couch potato.